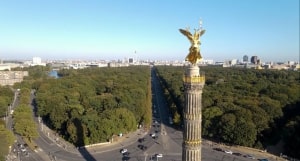 Descendant of one of the following countries

What does being a Portuguese citizen mean?

Free movement in all European countries

Enjoy travel without a visa within Europe

Entry to the United States without a visa

And sometimes free across Europe

Why should I have a Portuguese passport?

In addition, thanks to a Spanish passport you can work in Europe in general and in Spain in particular. Another obvious advantage of having a Spanish passport is the possibility of admission to academic institutions throughout Europe. Another advantage is the purchase of real estate, houses, offices and the like without dealing

Do I deserve a Portuguese passport?

The law firm of Touti-Ashbel is involved in the representation of Israeli citizens who are descendants of Jews who are expelled from Spain, in order to regain their entitlement to Spanish citizenship in accordance with the Spanish law, which was published in February 2014. Since Portugal joined Spain in 2015, Portuguese citizenship for Jews deported from Portugal.

The firm has been established and is managed by Adv. Guy Touti and Adv. Merav Touti-Ashbel, who have long standing and representation in the representation and realization of the rights of Holocaust survivors in Israel and around the world. And are known as Portuguese-Spanish passport lawyers with proven success mainly in the issuance of Portuguese citizenship to Jews.

Spanish Jews were expelled from their homeland following a brutal royal decree 522 years ago, most of them fled to Portugal but were expelled from there after five years. Now that the Spanish government and the Portuguese government have published the amendment, the law firm of Tuti-Eshbel is mobilizing to bring the descendants of the Jews of Spain and Portugal what they deserve historically - Portuguese or Spanish citizenship.

Your way to obtain a Portuguese passport begins now

The process was amazingly effective! The firm accompanied me at every stage and gave a full response to all the bureaucracy, documents and paperwork.
So thank you very much to the entire staff of the firm and there is no doubt that the next step is to help the whole family receive the desired citizenship!

Hello, my name is Tal Ashkenazi, and almost two years ago I started the process of issuing Portuguese citizenship in order to go and study subsidized funding in an educational institution in Europe.
I prepared for a long and exhausting process but the law firm Touti Ashbel made the procedure simple. I was not required to do anything !!!
Thank you very much to the amazing staff of the firm!

For a long time I tried to get European citizenship because I live in Germany and rely on temporary visas, but I encountered many difficulties because of the requirements for the invention of documents.
The law firm Touti Ashbel gave me a professional response, did the whole process for me through "remote control" and made life easier for me.
Warmly recommend anyone who wants to get Portuguese citizenship and spare unnecessary headaches.

Highly recommended ... My name is Moshe Siboni About 3 months ago I started the process of issuing a Portuguese passport and at a record speed I received a permit and today I am in the signing stage ... Law Firm Touti Ashbel Under the supervision of Meirav Ashbel. Works professionally. Thorough, warm and personal. Every unnecessary word

Office warm and domestic, I could not choose a better and more professional office to start the procedure!
Many thanks to Adv. Guy Touti and Adv. Meirav Touti Ashbel who gave a professional and caring response at any given moment!

Check your eligibility - free of charge

Articles and other information

In February 2014, the Spanish cabinet approved an amendment to the Spanish Citizenship law  Read more

In February 2014, the Spanish cabinet passed an amendment to the Spanish Law of Citizenship  Read more